The Once-Reliable Texas Power Grid Shutting Down in Summer 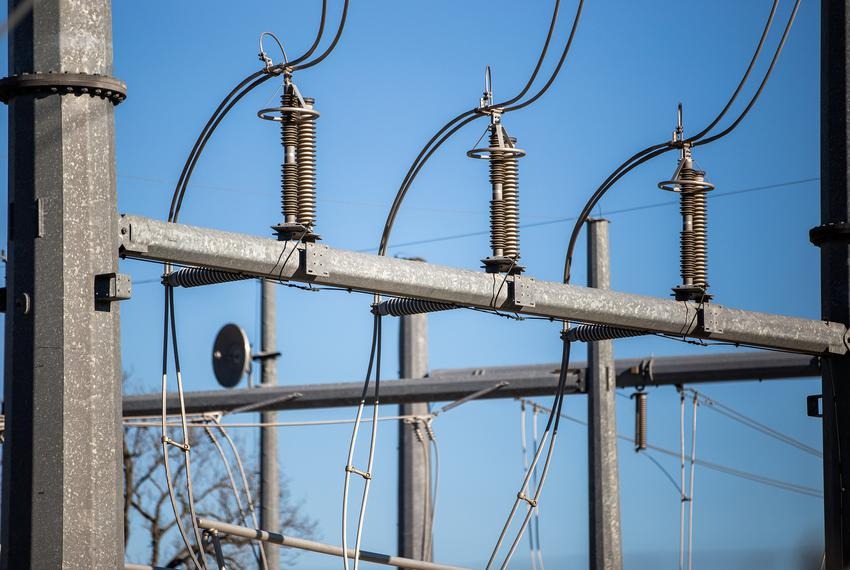 Here in Texas (and a few other states), we remember the power outages we had during the snow storm with abnormally-cold temperatures in February. Not a fun time in the slightest! It was a huge shock to many residents, and 95% of solar setups that didn’t have battery backup capability. It caused a massive amount of damage in the form of frozen/burst pipes, general home damage, pool damage, and damage to vehicles both on and off the roads. We thought that our problems due to weather were in the past, but we are revisiting them again…. 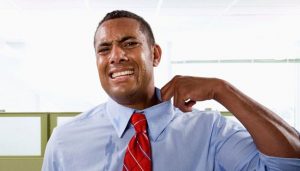 Another thing we’re used to here in the South is high temperatures. That means running the AC a LOT during the summer, using your pools as much as you can to enjoy the outdoors, and just doing your best to stay out of the heat and keep your living spaces cool. Most of those things require high energy usage. The pool pumps use a lot of power, AC units do too, and (working from home) staying inside a lot means other general power usage throughout most of the day.

Many parts of Texas are growing very rapidly and having huge influxes of new residents (we are in the DFW area, and we’ve certainly noticed that increase based on traffic and the number of apartment complexes being built). More people in a given area means higher power demands for that region, and as we saw recently, we already have trouble supplying power during trying times due to natural weather events. On the other hand, growing population and residency also opens the door for more clean energy use, which we’d love to see catch on, and so would the power providers! If even 1 out of 10 of every new house being built had solar storage setups, it would greatly change the amount of extra power we need from sources like the grid. 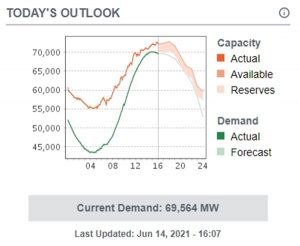 ERCOT (Electric Reliability Council of Texas) has requested that Texans try to minimize their power usage as much as possible during these straining hot times. For the reasons mentioned above, this may be difficult or inconvenient, but the importance in helping where you can is to keep a complete shutdown from happening again, like it did multiple times in February during the snow storm. Something many of us can improve on is just not wasting electricity, plain and simple. Things like turning off lights when you can, not using as much hot water, and raising your thermostat a degree or two make a massive power difference when millions of people all do it. This effort could be the difference in everyone having power until it cools down again, and blackouts like we saw in February.

The officials at ERCOT have said that rolling blackouts and power outages have been mostly avoided so far, but we stay close to crossing that threshold on what seems like a daily basis now. Given current weather (only in the mid 90’s, but very humid compared to normal), it’s likely that we haven’t yet hit our peak energy demands for the year. When you also consider our large influx of new residents this year, it’s not fully understood what our exact power demands will be with our current infrastructure. There are a handful of predictions of what our max demand will be, but it’s hard to say when our population growth has been so large and rapid.

Besides the risk of energy not being available during certain times, there is also the issue of energy pricing. We all know the summary of supply vs demand, and so do grid companies. Unfortunately, they can set what prices are, and when that means keeping your house at 75 degrees instead of 90 degrees, most people will pay up, regardless of fairness. We hope to avoid that, and that’s kind of the whole point of being a clean energy company, but it’s still an issue none the less. ERCOT has issued a few suggestions that would help, and it’s certainly a good starting point – Please take these simple actions to help reduce electricity use:

“’We have issued a Conservation Alert asking consumers and businesses to reduce electric use immediately,’ the agency said Monday.

ERCOT, the agency that manages Texas’ power grid, said nearly 12,000 MW of forced generation outages combined with potential record electric use for the month of June has resulted in tight grid conditions and the need to conserve power.” – NBC DFW

With all of this to take into account, it leaves many of us worried. When the power went out and it was cold, many were able to stay warm via camping gear, portable propane heaters, and a LOT of blankets. When the power goes out and it’s scorching hot, how will we stay cool?

To learn more and read some of ERCOT’s data and estimates, read the full article here – https://www.nbcdfw.com/news/local/ercot-issues-call-for-conservation-as-electricity-demand-surges-monday/2656613/

To check out our products and services as a homeowner, click here