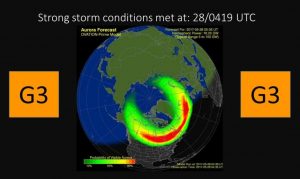 Cyber attacks, North Korea-EMP or Solar Flare: All can take out the electrical Grid and change our life as we know it. Whether it’s a localized events like Hurricanes and Tornados or a bigger more broad event like an EMP or Cyber attacks, our electrical grid is at risk of failing. Recent news articles have revealed more and more sophisticated malware lurking in the programs affecting the electrical grid all over the world.

Remember? A solar Flare that took out New York and Parts of California’s electric grid (San Francisco) as recently as April 2017?

Recent article for FOX News  June 2 2017, Newt Gingrich had this to say, “As I testified at the Senate Committee on Energy and Natural Resources earlier this month, the North Koreans have another offensive option, which they may already be able to execute and would be devastating to the United States – a weaponized electromagnetic pulse.”

EMP has become such an alarming threat that some energy companies are even taking notice. Duke Energy adds EMP threats to its emergency planning: EnergyWire June 5 2017

Many states are trying to pass legislation to harden its infrastructure against EMP and cyber attacks. Some have already passed legislation to study the costs (dollars) of hardening their state’s critical operations. We will be bringing you more updates as information becomes available on all of these threats. In the meantime rest assured that we are testing our systems and innovating to bring you alternative power in the event of a grid failure.