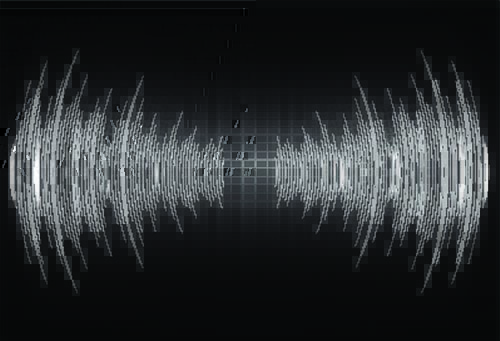 For many people, the point of solar power systems is to help make their house or business self-sustainable. But what if all that goes out the window with a solar flare or EMP? Can solar panels survive an electromagnetic blast?  In this article, we will tell you the answer and explain how your solar power system can survive a doomsday event.

What is a Solar Flare or EMP?

Solar Flares are huge eruptions of energy from the sun’s surface and are considered to be the biggest explosions in our solar system. Another form of an eruption from the sun’s surface is the Coronal Mass Ejection (CME), which is the release of the sun’s matter. An EMP is an electromagnetic pulse that is released when lightning strikes or during the detonation of a nuclear weapon. Traces of electromagnetic waves are also present in solar flares. These massive energy releases can cause damage to GPS, Power Grids, Communications Systems, Solar Power Systems, Radios, and other electronic devices.

An EMP damages electronics, particularly the wires within or connected to electronic devices. Solar panels themselves have limited electronics within, which puts them at low risk of damage when not hooked up. However, solar panels are usually connected with long wires to the overall solar power system which means your panel wires act as a giant antenna to kill the panels after an EMP. The solar electronics are likewise damaged.

Solar inverters and charge controllers are the most important components of a solar power system. They are what converts and stores solar energy into usable power. And unfortunately, solar inverters and charge controllers are most susceptible to damages from a solar flare or EMP. According to The Space Review, modern integrated circuits are about a million times more sensitive than electronics in the early 1960s.

What about an off-grid solar power system?

Photovoltaic (PV) solar panels, battery banks, and all other components of an off-grid solar power system would not be affected by an EMP directly as they have no circuitry within. However, an EMP would likely damage the connecting wires through which the current flows. These wires act as receivers of the EMP signals, and this might reduce the functionality of the solar power system. Another part of the solar panels that may be affected is the strings of diodes which are responsible for the transfer of energy from the solar panels to the battery bank.

To reduce the effects of an EMP, you could go through the added trouble and extra expense to build a large mesh Faraday cage to house your charge controllers and inverters. In simple terms, Faraday Cages distribute electrostatic charges around their exterior and act as a shield to anything within them. Unfortunately, even if your solar inverter and charge controller is in a Faraday cage, EMP signals can still fry your circuit technologies if the system is plugged into the Grid.

The best and most convenient way to protect your solar power system is by using EMP-hardened solar power systems, just like the military uses. The Sol-Ark-12K All-In-One Solar Generator System‘s EMP Hardening is modeled after military designs that protect the system, solar panels, and your appliances while in use. It is actually (100Kv/M) EMP Hardened, which is twice that of military standards. After 8 months of rigorous testing, this hybrid inverter system has proven to withstand over 140 blasts of massive EMP shocks and protects the appliances plugged into it.

The Sol-Ark 12K hybrid inverter reduces the cost by over 50%! It also enhances the PV energy by 10~20% and battery efficiency by 10~15%. The system is expandable from 5 to 40 panels and from 1 to 32+ batteries (per 12K unit). The Sol-Ark-12K also includes auto-generator start, rapid shutdown signal, ground and arc fault detection, and much more.

The standard warranty on this inverter is 10 years, which is verified by HALT Testing (Highly Accelerate Life Testing) which puts the system through high temperatures and humidity to test its reliability. With military-grade EMP hardening that protects your entire system, the Sol-Ark 12K gives you the peace of mind that your energy system will survive an EMP, solar flare or other doomsday events, allowing you to power through whatever happens.