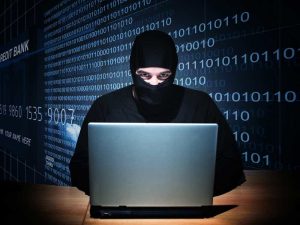 President Trump ordered the federal government to prepare for devastating Electrical Grid Cyber Attacks against America’s electric grid. This comes due to the growing fears of foreign states that are set to carry out attacks aimed at plunging the nation into darkness. A presidential order signed Thursday directed key federal agencies to assess preparations for a prolonged power outage resulting from cyber attacks designed to disrupt the power grid. The washington Free Beacon reports May 12 2017.

So it looks like the Government is going to get their house in order before the Electrical Grid Cyber attacks. what about the common folk like you and me? I don’t think we will be protected. When Portable Solar started the company, we were worried about the vulnerable electrical grid.

You would be surprised to know that there were far more cyber attacks in 2016 than ever before.  Did you know that most attacks are hatched by unidentified hackers working in groups or individually. “2016 saw some of the most destructive cyber attacks since the dawn of the internet. Looking at the recent trends of the past, we can expect the this pattern to not only continue, but increase in severity.” Security Today March 2017 article

We have no idea how many hackers are out there working for north Korea or other countries who want to do us harm. They can’t fight us on the conventional battlefield so they have to try to do something else like EMP and Cyber Warfare. The best thing to do is get prepared. Have water, energy source, food, protection and medications. Don’t forget those.

I have been in the medical profession for over 26 years. I can tell you that certain medications need to be refrigerated. If you have a way to keep them cool, you’re good to go. If you do not have a source of energy, you may want to invest in a solar generator. Customers can get free energy from the Sun that lasts a lifetime. You can check out our comparison page to select a solar generator. You don’t have to buy ours, but we have saved you some time and done the research for you. Happy hunting and stay safe out there.